The End of Forbearance is Not the End of a Seller Market; Supply Up 93% Since April, Prices Continue to Rise 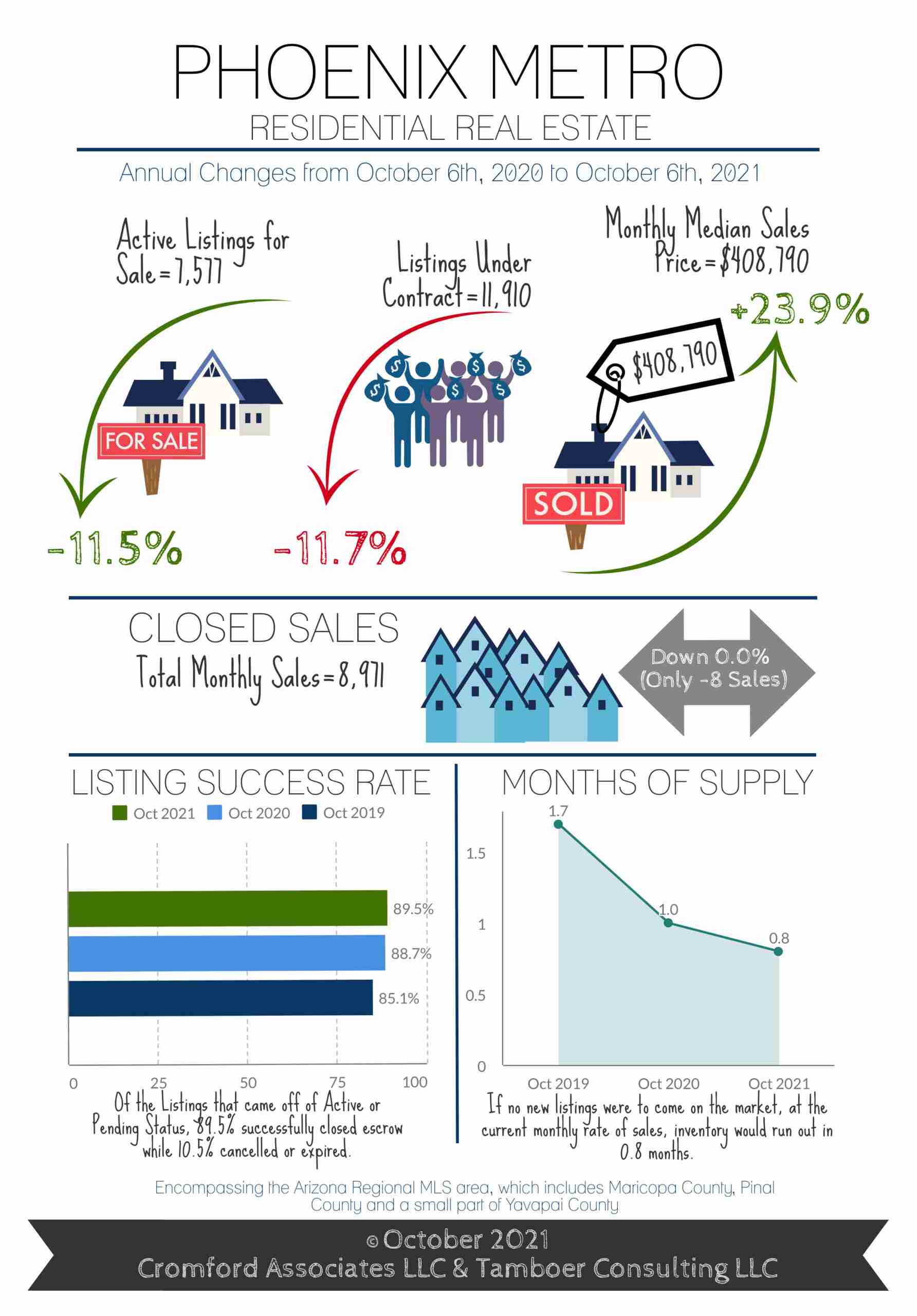 For Buyers:
The housing supply shortage is still in full swing, and there is online speculation that the end of forbearance may be the source of relief as some homeowners may need to sell.  According to Black Knight, the national number of mortgages in forbearance has declined 67% from a peak of 4.76M in May of last year to 1.6M as of September 28th, 2021. Surveys from the Mortgage Bankers Association indicate that at least 80% of homeowners have stayed in their homes after forbearance. That means roughly 600,000 properties have already been added to the national supply of homes for sale over the past year without causing home values to decline. If we can expect 20% of the 1.6M remaining homeowners in forbearance to leave their home; that’s roughly 6,400 properties per state on average. Since Greater Phoenix alone records roughly 11,000-14,000 closings per month, the number of properties exiting forbearance may be enough to ease the lack of supply for a short while, but probably not enough to cause prices to decline in Greater Phoenix.

For Sellers:
The Greater Phoenix housing market is cooling, but it is far from cold.  To put the last 6 months in perspective, from April 1st to October 1st, supply rose 92% from 3,591 to 6,883* active listings in the Arizona Regional MLS. In the same time frame, listings under contract dropped 9% from 11,939 to 10,878*.  While a rise in supply combined with a decline in contracts in escrow indicates a cooling of the market, it’s important to put it in perspective from a seasonal and a non-seasonal point of view. Seasonally, it’s normal for listings in escrow to drop between April and October.  However, despite the most recent drop to 10,878 is still higher than previous counts on October 1st from 2014-2019, which ranged between 8,100 and 9,800. This places demand notably higher than even the pre-pandemic seller markets. It is not seasonal for supply to rise between April and October, so a 93% increase is a notable shift.  However, a count of 6,883 active listings is extremely low. In the last balanced market of 2014, the count on October 1st was 21,796.  During the seller markets from 2015-2019, October 1st counts declined from 18,000 to just over 12,000 listings. So despite the 93% increase in supply, it’s still 45% lower than the pre-pandemic 2019 seller market and 68% below the last balanced market of 2014.
The effects of this 6-month weakening are mild.  Here are a few:
· The Median Days on Market prior to contract has increased from 5 days to 11 days
· The Sale Price to List Price ratio has decreased from 101.8% (1.8% over list price) to 0.3%
· Sales over Asking Price have decreased from 60% of sales to 47% of sales
· The Median Amount over List has decreased from $20,000 to $11,000.

It’s good to be a seller.